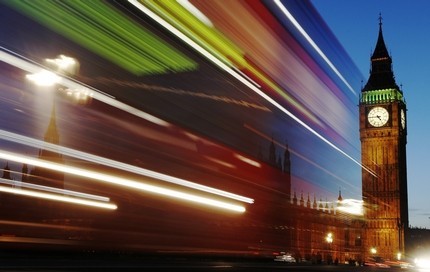 A common argument in British politics is that the UK Government has exacerbated its own ‘governance problem’. A collection of post-war reforms, many of which were perhaps designed to reinforce central control, has produced a fragmented public landscape and a periodic sense that no one is in control. This outcome presents major problems for the ‘Westminster’ narrative of central government and ministerial accountability to the public via Parliament. If ministers are not in control of their departments, how can we hold them to account in a meaningful way?

Yet, in many cases, it is misleading to link these outcomes to specific decisions or points in time, since many aspects of the ‘governance problem’ are universal: policymakers can only pay attention to a small fraction of the issues for which they are responsible; they do not have enough information to make decisions without major uncertainty; policy problems are too multi-faceted and ‘cross-cutting’ to allow policymaking without ambiguity; there is an inescapable logic to delegating decisions to ‘policy communities’ which may not talk to each other or account meaningfully to government; and, delivery bodies will always have discretion in the way they manage competing government demands.

In this context, policymaking systems can be described usefully as complex systems, in which behaviour is always difficult to predict, and outcomes often seem to emerge in the absence of central control. Further, the literature on complexity provides some advice about how governments should operate within complex systems. Unfortunately, much of this literature invites policymakers to give up on the idea that they can control policy processes and outcomes. While this may be a pragmatic response, it does not deal well with the need for elected policymakers to account for their actions in a very particular way. What seems sensible to one audience may be indefensible to another. In particular, the language of complexity does not mix well with the language of Westminster-style accountability.

What we need is a response that sets out a governmental acknowledgement of the limits to its powers, combined with the sense that we can still hold elected policymakers to account in a meaningful way. Ideally, this response should be systematic enough to allow us to predict when ministers will take responsibility for their actions, redirect attention to other accountable public bodies, and/ or identify the limited way in which they can be held responsible for certain outcomes. Beyond this ideal, we may settle for a government strategy based on explicit trade-offs between pragmatism, in which governments acknowledge the effect of administrative devolution (or, in the case of local authorities, political devolution), and meaningful representation, in which they maintain some degree of responsibility for decisions made in their name.

The aim of this post’s further reading (updated 10.5.2022) is to draw lessons largely from the Scottish experience, which demonstrates an attempt to mix strategic responsibility with an element of flexibility and delegation. While we should not exaggerate the coherence of government strategies, we can meaningfully describe a ‘Scottish policy style’, identified in empirical studies, and a ‘Scottish approach’ as a self-styled description of policymaking by the Scottish Government. Further, the Scottish context is comparable enough to the UK to offer lessons. Although much of the rhetoric of ‘new Scottish politics’ suggests that it is markedly different from ‘old Westminster’, it has inherited a Westminster-style focus on government accountability to the public via Parliament (and an assumption that ‘the government governs’). Although Scotland is smaller, and the Scottish Government is able to design a governance style based on greater personal contact with interest groups and public bodies, this only serves to reinforce the importance of ‘universal’ problems when the problems that arise in Scotland resemble those faced in the UK. Overall, Scottish policymaking demonstrates that many problems related to ‘governance’ cannot be solved. Rather, the Scottish experience prompts us to identify important trade-offs between the delegation of administrative functions and the maintenance of central accountability.

To explain these issues, several papers:

The relevant publications include:

Some of the wider issues are discussed here:

Policy Concepts in 1000 Words: the Westminster Model and Multi-level Governance

What is ‘Complex Government’ and what can we do about it?

Sharing professional and academic knowledge: The role of academic-practitioner workshops (on turning policy and complexity theories into something consistent with Westminster politics)

You can also find these themes in a half-written book called Politics and Policymaking in the UK.