Celebrate the referendum, and celebrate politics, even if it looks crap 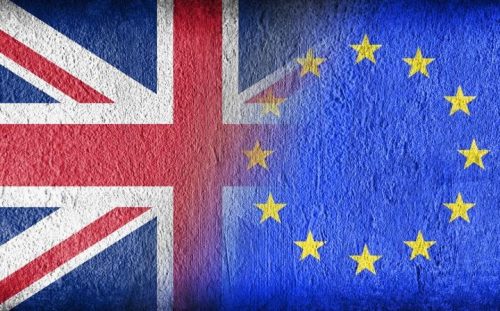 It’s hard to find anyone to say a good word about the UK’s referendum on EU membership. Yet, we should take a minute to celebrate, at the very least, the principle of a referendum. In principle, we’ll have most of the voting public coming together to make a decision on a matter of major importance to British politics. Leaders make their pitch, and we make an important choice. It’s as close as we’ll get to direct democracy in action.

Instead, it’s tempting to blame the referendum for such a bad-looking outcome: manipulative campaigners are stirring up division and fear, and lying about the likely outcomes; people with limited knowledge are basing their decisions on their values and emotions in the relative absence of ‘facts’; and, some people are exploiting the opportunity to be abusive or violent in the name of politics. Or, to put it in a far vaguer way, there is a bad ‘climate’ associated with the referendum, and it just doesn’t feel right.

However, if this is what we think of political elite behaviour, and of the limits to the knowledge and deliberative capacity of the public, I can’t think of any political mechanism that would help. For example:

Consider the consequences of rejecting referendums

I think we often think the worst of people, and despair of certain political mechanisms, when they don’t deliver what we want. We fear the consequences of political outcomes that don’t reflect our values or interests and – particularly during a heated referendum in which so many people are involved – get a bit of a shock when we see how many people hold opposing views so passionately. For the people most engaged in debate, this can be a visceral experience that reduces our ability to take a step back and give us more time to consider events and their meaning.

Perhaps a small part of us thinks that our opponents are idiots, or at least that they would change their minds if they were more informed, less stupid, less emotional, and less vulnerable to manipulation by political leaders (and that the people who share our views are heroic deliberators basing their decisions on evidence).

If so, it might be safer and less worrying to hold on to political mechanisms which limit such debates, but only when the status quo suits us. When it reinforces a position to which we oppose, we are more likely to be up in arms, decrying the ability of a political class to close off debate, for their own interests, using institutions, biased arguments, and other resources to boost their power.

Instead, I recommend two things:

Of course, this has been a big set-up for further reading:

There are some good concepts which help us think through these issues:

On the links between power and policymaking

On ‘framing’ to manipulate political debate and policy choices

On multi-level governance, complexity, and complex government (to show us that, while the EU looks distant and hard to understand, the UK suffers many of the same problems)

(If you just want a source for the picture see here)