This post forms one part of the Policy Analysis in 750 words series overview and connects to previous posts on complexity. The first 750 words tick along nicely, then there is a picture of a cat hanging in there baby to signal where it can all go wrong. I updated it (22.6.20) to add category 11.

There are a million-and-one ways to describe systems and systems thinking. These terms are incredibly useful, but also at risk of meaning everything and therefore nothing (compare with planning and consultation).

Let’s explore how the distinction between policy studies and policy analysis can help us clarify the meaning of ‘complex systems’ and ‘systems thinking’ in policymaking.

For example, how might we close a potentially large gap between these two stories?

Complex systems thinking could be the future of policymaking.

But what does it even mean?https://t.co/I5DwY884Vf

See also: Systems science and systems thinking for public health: a systematic review of the field

Six meanings of complex systems in policy and policymaking

Let’s begin by trying to clarify many meanings of complex system and relate them to systems thinking storylines.

For example, you will encounter three different meanings of complex system in this series alone, and each meaning presents different implications for systems thinking:

Policy outcomes seem to ‘emerge’ from policymaking systems in the absence of central government control. As such, we should rely less on central government driven targets (in favour of local discretion to adapt to environments), encourage trial-and-error learning, and rethink the ways in which we think about government ‘failure’ (see, for example, Hallsworth on ‘system stewardship’, the OECD on ‘Systemic Thinking for Policy Making‘, and this thread)

“Subjectively experienced problems – crime, poverty, unemployment, inflation, energy, pollution, health, security – cannot be decomposed into independent subsets without running the risk of producing an approximately right solution to the wrong problem. A key characteristic of systems of problems is that the whole is greater – that is, qualitatively different – than the simple sum of its parts” (contrast with Meltzer and Schwartz on creating a ‘boundary’ to make problems seem solveable).

What we call ‘policy’ is actually a collection of policy instruments. Their overall effect is ‘non-linear’, difficult to predict, and subject to emergent outcomes, rather than cumulative (compare with Lindblom’s hopes for incrementalist change).

This point is crucial to policy analysis: does it involve a rethink of all instruments, or merely add a new instrument to the pile?

These three meanings are joined by at least three more (from Munro and Cairney on energy systems):

Used to explain the transition from unsustainable to sustainable energy systems.

Used by governments – rather loosely – to indicate an awareness of the interconnectedness of things.

Now, let’s compare these storylines with a small sample of wider conceptions of systems thinking:

Based on the (now-diminished) faith in science and rational management techniques to control the natural world for human benefit (compare Hughes and Hughes on energy with Checkland on ‘hard’ v ‘soft’ systems approaches, then see What you need as an analyst versus policymaking reality and Radin on the old faith in rationalist governing systems).

Based on the idea that we can identify ‘leverage points’, or the places that help us ‘intervene in a system’ (see Meadows then compare with Arnold and Wade).

Based on the idea that current research methods are too narrowly focused on linearity rather than the emergent properties of systems of behaviour (for example, Rutter et al on how to analyse the cumulative effect of public health interventions, and Greenhalgh on responding more effectively to pandemics).

Embrace the limits to human cognition, and accept that all understandings of complex systems are limited.

"we need to let go of our cultural obsession with prediction and control and and develop the wisdom and humility to sit with multiplicity"https://t.co/0glbccWm2j?@harryrutter @KarabiGlobal @tim_hobbs_lab

11. The performance of systems thinking

Policymakers can use the language of systems thinking, to give the impression that they are thinking and acting differently, but without backing up their words with tangible changes to policy instruments. 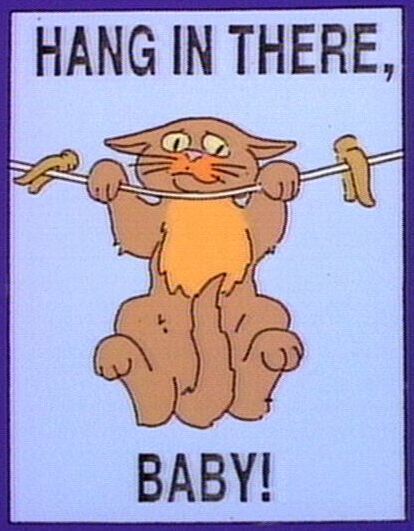 How can we clarify systems thinking and use it effectively in policy analysis?

Now, imagine you are in a room of self-styled systems thinkers, and that no-one has yet suggested a brief conversation to establish what you all mean by systems thinking. I reckon you can make a quick visual distinction by seeing who looks optimistic.

I’ll be the morose-looking guy sitting in the corner, waiting to complain about ambiguity, so you would probably be better off sitting next to Luke Craven who still ‘believes in the power of systems thinking’.

If you can imagine some amalgam of these pessimistic/ optimistic positions, perhaps the conversation would go like this:

Some of these 10 discussions seem to complement each other. For example:

In other words, you could define systems thinking in relation to the need to rethink the ways in which we understand – and try to address – policy problems. If so, you can stop here and move on to the next post. There is no benefit to completing this post.

Although all of these approaches use the language of complex systems and systems thinking, note some profound differences:

Holding on versus letting go.

For example, if you use approach 9 to rethink societal cause-and-effect, are you then going to pretend that you can use approach 7 to do something about it? Or, will our group have a difficult discussion about the greater likelihood of 6 (metaphorical policymaking) in the context of 1 (the inability of governments to control the policymaking systems we need to solve the problems raised by 9).