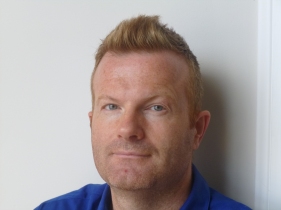 Explanation begins with the ‘what is policy?’ question, since we cannot observe something without defining it.  However, we soon find that: no single definition can capture all forms of policy change, the absence of policy change is often more important, and important changes can be found in the everyday application of rules and practices related to public policies.  Further, studies often focus on changes in public policies without a focus on societal outcomes or effects.

One pragmatic solution is to define public policies as decisions made by policymakers or policymaking venues such as legislatures, executives, regulatory agencies, courts, national and local governments (and, in some countries, citizen-led policy changes).  Focusing on this type of policy change, two major categories of insights unfold:

A focus on decisions suggests that most policymaking venues contribute primarily to incremental policy change, or often show little change from year to year but with the occasional punctuation of major policymaking activity.  This pattern reflects a frequent story about governments doing too much or nothing at all. The logic is that policymaking attention is always limited, so a focus on one issue in any policymaking venue requires minimal focus on others.  Then, when attention shifts, we see instances of major policy change as attempts to compensate (or overcompensate) for what was ignored for too long.

An additional focus on institutions highlights factors such as policy drift, to describe slow and small changes to policies, or to aspects of their design, that accumulate eventually and can have huge impacts on outcomes and society.  These drifts often happen outside the public eye or are overlooked as being negative but trivial.  For example, rising economic inequality in the US resulted from the slow accumulation of policies – related to labor unions, tax structures, and corporate governance – as well as globalization and labor-saving technologies.

Many factors help us understand instances of policy change. We can separate them analytically (as below) but, in practice, they occur simultaneously or sequentially, and can reinforce or stifle each other.

Context includes history, biophysical conditions, socio-economic conditions, culture, and basic institutional structures (such as a constitution).  For example, historical and geographic conditions are often viewed as funneling or constraining the type of policy decisions made by a government.

Policymaking venues are often described as being resistant to change or in a state of equilibrium of competing political forces.  As a result, one common explanation for change is a focusing event or shock.  Events by themselves don’t create policy change. Rather, they present an opportunity for people or coalitions to exploit.   Focusing events might include disasters or crises, tragic incidents, a terrorist attack, disruptive changes in technology, or more routine events such as elections. Events may have tangible qualities, but studies tend to highlight the ways in which people frame events to construct their meaning and implications for policy.

The relationship between public opinion and policy change is a difficult one to assess.  Some research shows that the preferences of the general public only matter when they coincide with the preferences of the elite or major interest groups.  Or, it matters only when the topic is salient and the public is paying attention. Little evidence suggests that public opinion matters when few are paying attention.  Others describe public opinion as setting the boundaries within which the government operates.

Learning is a process of updating understandings of the world in response to signals from the environment.  Learning is a political activity rather than simply a technical exercise in which people learn from teachers. Learning could involve becoming aware of the severity of a policy problem, evaluating outcomes to determine if a government intervention works, and learning to trust an opponent and reach compromise. For example, certain types of rules in a collaborative process can shape the ways in which individuals gain new knowledge and change their views about the scientific evidence informing a problem.

Sometimes governments learn from or transfer policies from other governments. For example, in collections of policymaking venues (such as US state governments or EU member states) it is common for one venue to adopt a policy and prompt this policy to spread across other venues in a process of diffusion.  There are many explanations for diffusion including learning, a response to competition, mimicking, and coercion. In each case, the explanation for policy change comes from an external impetus and an internal context.

All policy change is driven, to some extent, by individual or group agency.  Key players include public policy champions in the form of policy entrepreneurs or in groups of government and/or non-government entities in the form of coalitions, social movements, epistemic communities, and political parties.  In each case, individuals or organizations mobilize resources, capitalize on opportunities, and apply pressure to formulate and adopt public policies.